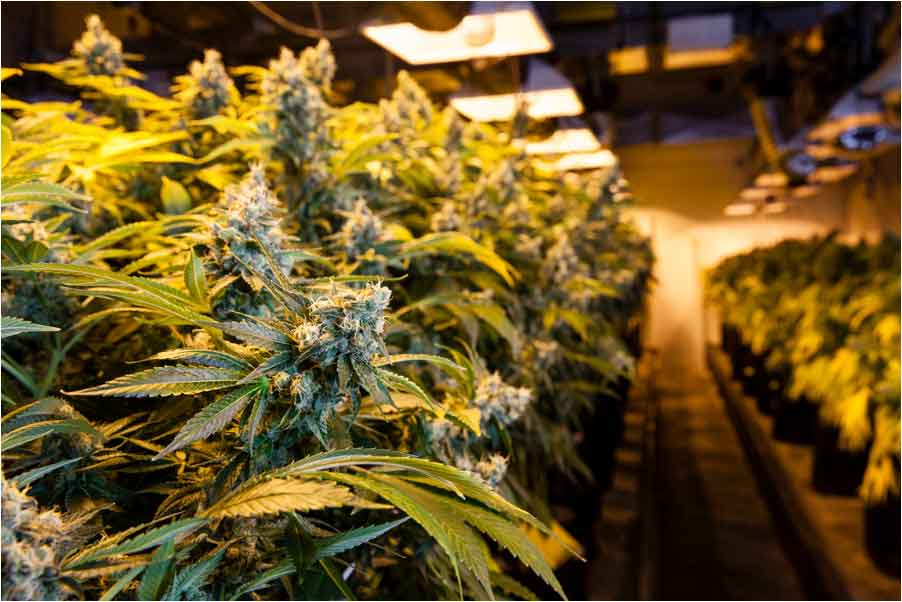 With nearly half of the states in the U.S. adopting some form of legalization, and more considering legalization within the next five years, marijuana production is a booming business. In natural settings, all species of the Cannabis Sativa L plant are carbon neutral and require little maintenance to flourish. However, due to tight regulations governing how and where marijuana can be cultivated, growing marijuana in unsecured locations the way Mother Nature intended is not an option.

Some states like Colorado are beginning to permit the use of greenhouses where plants can grow under natural light. But in most states, growers are restricted to indoor operations that are out of sight and reach of the general public where they must replicate natural sunlight and environmental conditions necessary to produce marijuana.

While replicating nature’s best conditions is doable for experienced growers, it comes with some hefty financial consequences. Duplicating the intensity of sunlight requires multitudes of 1,000-­‐watt light bulbs, each producing 3,400 BTUs of heat. Controlling the temperature, humidity and airflow requires powerful heating, ventilation and air conditioning (HVAC) units. Electricity needed to run these lighting and HVAC systems is costing growers millions of dollars in electricity each year. Climate control accounts for approximately 50 percent of the total electricity costs for marijuana growers.

Some growers have turned to evaporative cooling systems, which can help to reduce electricity needed to run HVAC systems by 30 to 50 percent in the summer months. However these aren’t ideal for humid climates and some of the cost savings are offset by the cost of running dehumidifiers to control mold and mildew, which can seriously damage the plants. They also don’t address the need for wintertime  heating required for greenhouse operations not utilizing heat-­‐producing lights in colder climates. 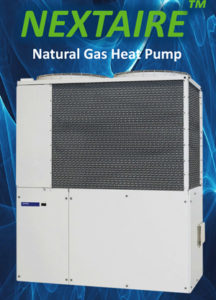 One solution that promises significant savings for both indoor and greenhouse growers is gas-­‐fired heat pump (GHP) HVAC systems powered by natural gas, which can reduce HVAC costs up to 80 percent. Unlike evaporative cooling units, GHP units can provide both heating and cooling, and they don’t produce additional humidity.

Since GHP systems eliminate the need for large fans, they also significantly reduce noise, which is important for grow facilities that want to blend into their surroundings and not draw a lot of attention to their facilities.. Another advantage is that GHP units can reduce heating and cooling costs by up to 80 percent all year long, whereas evaporative coolers are most useful in summer months only.

“Americans have just recently begun to understand what natural gas heating and cooling are all about, mainly because, up until recently we’ve had access to very cheap electricity and inexpensive HVAC systems,” says John Cole, CEO of IntelliChoice Energy (ICE), a subsidiary of Southwest Gas formed to commercialize the super efficient GHP technology and exclusive distributor of the NextAire™ GHP system. While the GHP technology isn’t new – the original technology has been around since the mid-­‐ 1980s, its advantages for the marijuana industry have only recently come to light. In addition to the significant cost savings, the ICE 15-­‐ton units can control climate in up to 33 unique zones, which is especially beneficial for large operations in warehouses or multi-­‐story buildings. “Our units are starting to gain popularity with growers who are looking to not only cut the cost of electricity, but also gain more control of the indoor climate, especially in multi-­‐zone growing environments.”

But higher cost isn’t the only unintended consequence of indoor agriculture. The unprecedented electricity consumption in metropolitan areas where marijuana is legal for both medical and recreational use is taxing municipal power grids to the point of power outages and occasional transformer fires. In cities where old buildings have been transformed into indoor agriculture operations, growers are finding that electrical infrastructure isn’t powerful enough to support the required output of both the lighting and environmental control systems.

“A lot of the growers we meet tell us that the available commercial real estate isn’t equipped to accommodate their electrical needs,” said Cole who explained that one of the biggest challenges facing growers in urban settings is the limited capability of some older buildings and warehouses to handle the enormous electrical requirements. “Since our HVAC units are powered by natural gas and use very little electricity, most of our customers are finding the only electrical upgrades needed are to accommodate the intense lighting they require.”

Natural gas and propane are available nearly everywhere in the U.S., especially in cities where grow operations occupy buildings and warehouses. Some growers already use propane to add CO2 to the air, which helps to expedite the growing cycles indoors. According to Cole, ICE is researching ways in which their GHP units can supplement any existing CO2 producing capabilities of growers. But, until then, the GHP units serve a greater purpose of cooling grow facilities and are easily connected to existing natural gas lines in these buildings. Additionally, ICE also offers propane units that would allow for stand-­‐alone operations as well.

The increasing energy use in states adopting marijuana legalization measures is causing growing concern about complying with new regulations aimed at reducing state carbon emissions nationwide. As states adapt to the growing pressure to reduce carbon emissions, the increases caused by the marijuana industry have regulators scrambling to find viable, more efficient solutions.

“One great advantage of natural gas is that it emits far less carbon pollution than conventional power sources like coal, which most U.S. power grids rely upon to produce electricity,” said Cole. “We’re finding that cities and states are embracing our technology as they try to reduce their carbon footprint.”

If reducing carbon emissions isn’t the primary concern of indoor agriculturalists, reducing the cost certainly is. While GHP units cost more than conventional HVAC systems to purchase, the higher cost is more than offset by the savings on electricity over time.

“The upfront cost is relatively high because the product uses an actual engine rather than an electric motor. Our eight-­‐ and 15-­‐ton units are manufactured by a subsidiary of Toyota Motor Corporation,” said Cole. “Since it can significantly reduce monthly operating costs, growers can realize a return on their investment in a relatively  short time.”

As more and more states adopt new marijuana laws, energy efficiency will continue to be a top priority. Utilizing natural gas to provide climate control will, no doubt, provide much needed financial and environmental relief.