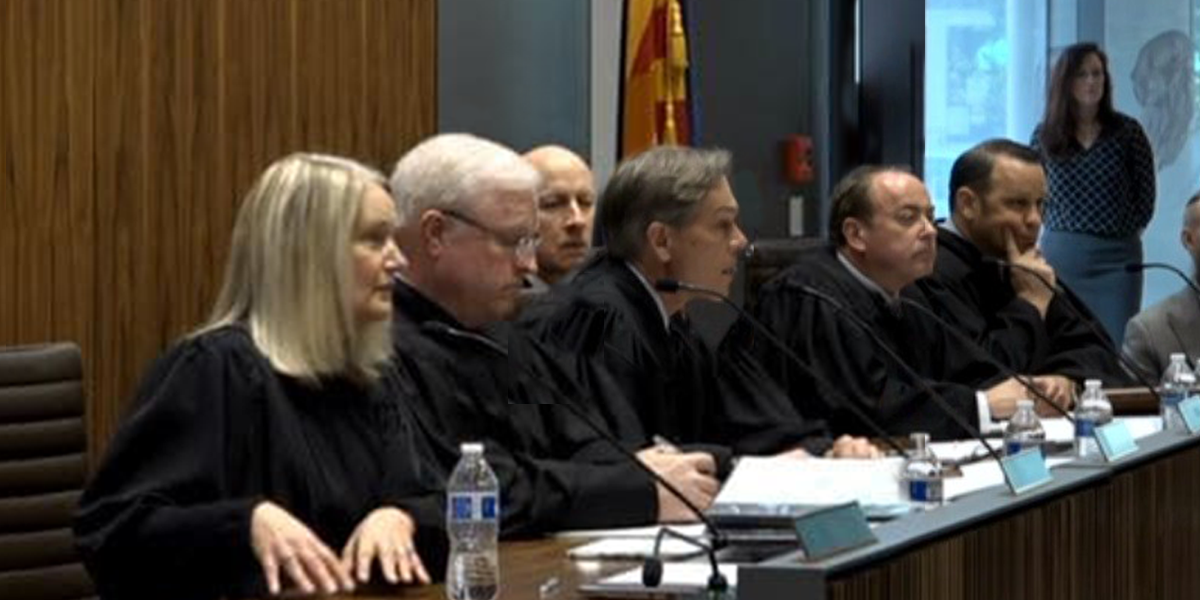 The AZ Supreme Court victory for AMMA patient Rodney Jones, convicted and incarcerated for possession of legally purchased cannabis after his 2013 arrest in Yavapai County, was sweet… Literally! Delivering the great news here is a member of Jones’ legal team, Gary Smith, Director and President of the Arizona Cannabis Bar Association.

“Besides having the honor of working on the Jones appeal, I also claim credit for consuming the first legal brownie in a post-Jones world,” said Smith, who also happens to be a medical cannabis patient. “We’re making history here, people!”

Rodney Christopher Jones, a state-qualified, card-carrying medical marijuana patient in 2013 when he was arrested and convicted of felony possession of hashish, a concentrated derivative of cannabis. Despite having purchased the hashish at a licensed medical marijuana dispensary, he was charged with felony possession of cannabis and paraphernalia — three years after the AMMA became law. He had already served more than a year of his 3.5-year sentence by the time of his first appeal last year. When the Appellate Court denied his appeal, Jones was escorted back to prison to serve out the remainder of his sentence and has been incarcerated ever since.

As attorney Thomas Dean explained in an interview on The Cannabis Reporter Radio Show, Rodney Jones’ prosecution was an unfortunate matter of “being in the wrong place at the wrong time.” His arrest and prosecution occurred in Yavapai County, where county prosecutor Sheila Polk was notorious for exacting overzealous campaigns against marijuana law reform and using her powerful position to target patients in her district who were complying with the state’s medical marijuana laws. It’s worth noting that Polk had received millions of dollars in campaign contributions from corporate interests that would benefit from her efforts to undermine Arizona’s voter-initiated legalization measures, including major donors hailing from the alcohol, pharmaceutical and private prison industries.

The AZSC ruling amounts to a sweet victory for patients who need cannabis for medical reasons as well as for the state’s thriving medical cannabis industry. It was also a very direct slap on the wrist for Polk, whose abusive prosecutions of law-abiding medical marijuana patients had failed in the past prior to the Jones case, which succeeded due to ambiguous language of the voter initiative, which legalized “All parts” of the marijuana plant “and its derivatives,” that conflicted with the definition of cannabis in the Arizona Criminal Code, which explicitly name extracts, resins and derivatives like hashish, in a class of dangerous drugs that carry mandatory minimum sentences for anyone caught in possession of them.

By denying Jones’ appeal, the AZ Appellate Court’s ruling had broad-reaching consequences for AMMA patients because it re-defined and limited the meaning of the term “marijuana” and, thereby, rendered the possession and use of cannabis, in any form other than dried marijuana flower intended for smoking, to be illegal under state law.

In short, that meant patients, including children, would have no choice but to smoke their medicine as the use of oils, tinctures, vape pens, candy, topicals, wax, hashish, and other delivery methods commonly used to administer cannabis medicine would be deemed a violation of state law. Acknowledging the intent of voters who approved the state’s medical marijuana measure, the Supreme Court ruling removes the ambiguity in a way that unequivocally protects Arizona’s medical cannabis patients’ rights to consume cannabis in any manner or form necessary for therapeutic use.

In the coming weeks, we invite you to stay tuned for our interview with Gary Smith and Robert Mandel, the attorneys who represented Jones in the AZ Supreme Court victory. In the meanwhile, watch as he explains the sweet victory!

Congress May Soon Vote to Legalize Cannabis and Set the Record Straight
November 17, 2019