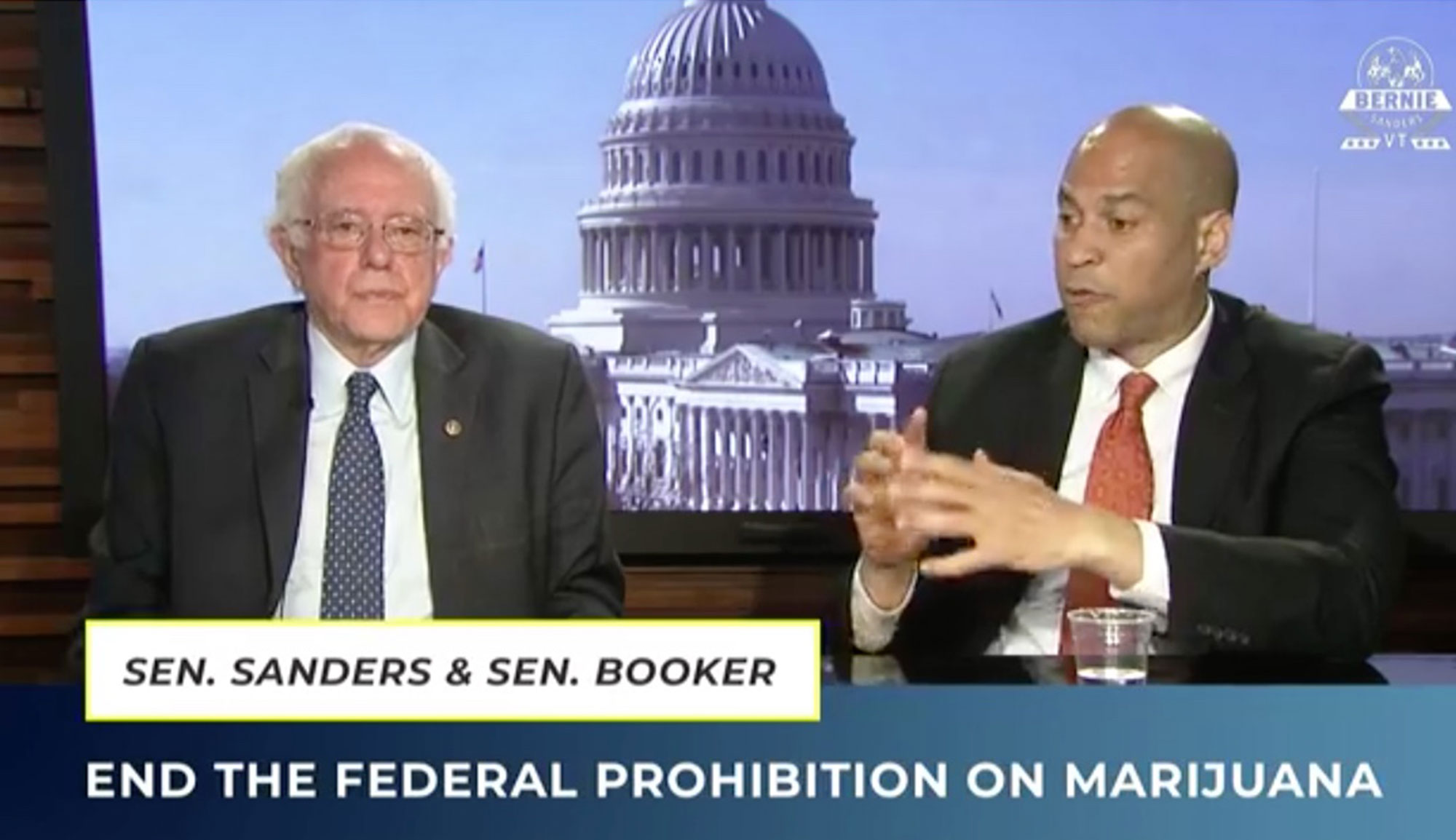 WASHINGTON, D.C. – U.S. Senator Bernie Sanders (I-VT) became the third U.S. senator to cosponsor Senator Cory Booker’s (D-NJ) landmark bill to end the federal prohibition on marijuana. He announced his support in a Facebook live video earlier today with Booker. The Marijuana Justice Act would remove marijuana from the list of controlled substances, making it legal at the federal level.

“Marijuana legalization is an issue whose time has come – it’s no longer a matter of if, it’s a matter of when,” Senator Booker said. “This bill is about justice and the reality that low-income communities and communities of color have been disproportionately targeted by the War on Drugs, which was not really a war on drugs as much as it was a war on people. This issue is about moving our country toward greater justice for communities of color and low-income communities and I’m excited that Senator Sanders is lending his voice and support to this movement.”

“Here is the simple truth: Blacks and whites have similar rates of marijuana use, but black people are far more likely to be arrested for it. Last year, about 600,000 people were arrested for possession of marijuana. Many of those people, disproportionately people of color, have seen their lives destroyed because they have criminal records as a result of marijuana use. That has got to change,” Senator Sanders said. “As I talked about during my campaign, we must end the absurd situation of marijuana being listed as a Schedule 1 drug alongside heroin. It is time to decriminalize marijuana, as many states have already done, and end the failed war on drugs. We must invest in jobs and education, not more jails and incarceration.”

Senator Ron Wyden (D-OR) became the first Senator to cosponsor the Marijuana Justice Act last year and Senator Kirsten Gillibrand (D-NY) became the second in February. In addition to these cosponsors, Representatives Barbara Lee (D-CA) and Ro Khanna (D-CA) introduced a companion measure in the House of Representatives earlier this year. It has more than 20 cosponsors in the House.

In addition to removing marijuana from the list of controlled substances, the bill would incentivize states through federal funds to change their marijuana laws if those laws were shown to have a disproportionate effect on low-income individuals and/or people of color. The bill is retroactive and would apply to those already serving time behind bars for marijuana-related offenses, providing for a judge’s review of marijuana sentences.

Specifically, the Marijuana Justice Act will: