Fighting PTSD and Combat Wounds with a Double-Edged Sword 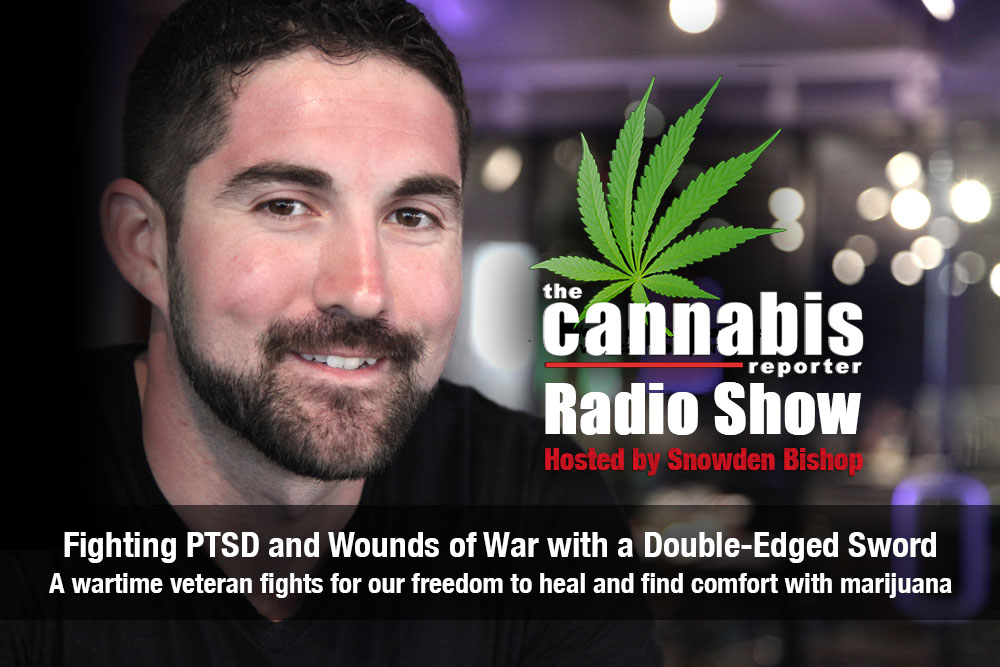 The Veterans Administration provides a lot of support for veterans wounded in combat. While conditions like PTSD and other psychological wounds of war are as common among wartime veterans, they are often harder to diagnose and more difficult to cure.  PTSD is as difficult civilians to understand as it is for a veteran to ask for help. Left untreated, psychological wounds of war can lead to suicide, a tragedy that is disproportionately high among veterans.

With recently published clinical studies legitimizing medical marijuana, use of cannabis for treating serious health conditions like cancer and epilepsy is becoming more widely accepted than ever — except among professionals in the medical establishment, which relies upon antiquated and unjust federal drug laws to shape institutional policy. Some doctors in private practice are beginning to see the benefits for treating pain and other ailments states include in their lists of acceptable medical conditions. However, governmental organizations like the Veterans Administration have yet to sanction marijuana as a legitimate treatment for any condition. Invariably, both V.A. and civilian doctors are quick to prescribe conventional pharmaceuticals, which often cause more harm than good.

Unfortunately, the jury is also still out when it comes to public acceptance of using marijuana for mental health, anxiety, relaxation or simple pleasure. Despite the fact that a silent majority of people have used it, or don’t see anything wrong with others using it for recreational purposes, it’s not something they’d readily admit for fear of being judged (or arrested). It’s a white elephant in the room that too few people with influence are willing to talk about, and fewer still are willing to fight for it.

Mental health is another topic that seems to make people uncomfortable. Even though it is as common as cancer or other physical diseases, psychological illness is unfairly stigmatized and rarely gets the attention it deserves. While marijuana has helped many to overcome such disorders, for others, defying convention or breaking the law only compounds their anxiety. This is especially true of veterans suffering with PTSD.

Veterans who find comfort and healing with marijuana face a double edged sword: On one side, they must reconcile their sense of honor and duty to country over self; on the other, they must overcome the dual stigma associated with mental illness and marijuana use. That takes courage. Speaking out about it publicly requires an extra does of bravery. Today’s guest is no stranger to either courage or bravery. Having served in defense of American freedoms, he is now valiantly fighting to restore our freedom to heal traumatic of wounds of war with nature’s best remedy.

Dan Schmink is a Gulf War veteran who found healing and comfort by using cannabis to treat PTSD and a debilitating back injury he sustained at war. Today, he is fighting for veterans’ rights to access marijuana to treat their own battle wounds. As founder of Southwest Healing Group, Dan educates and empowers veterans, civilians and healthcare providers through events and programs that help them understand the healing benefits of cannabis and how to overcome the stigma associated with marijuana culture and PTSD.

We’d like to acknowledge our team at Star Worldwide Networks for always delivering excellent production value! Many thanks also go to our very own Nate Nichols for his Marijuana Minute updates and of course we’re also grateful to Castle Creek Music and Erik Godal, composer of our theme song, Evergreen. And thanks to all of you for listening! We welcome your feedback. Please contact us to suggest a topic or just say hello.