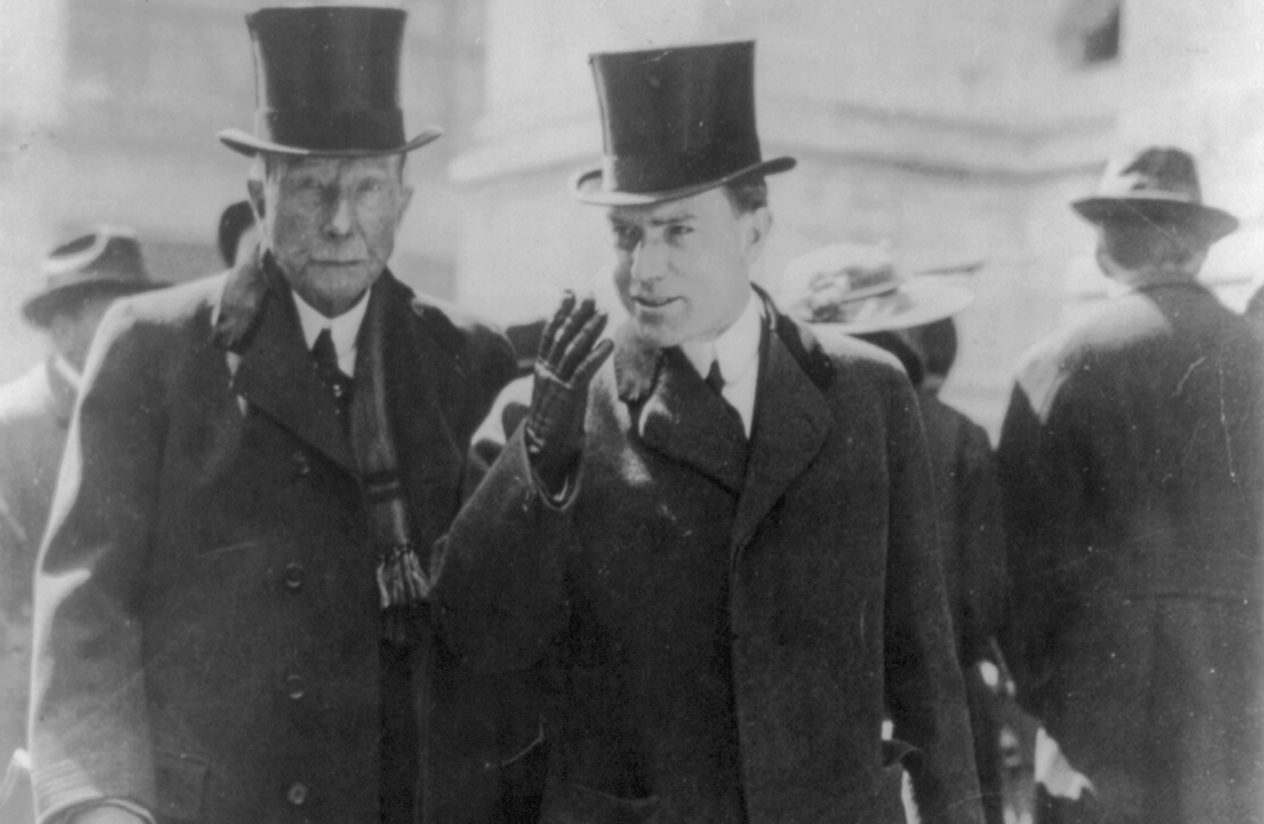 Origins of the widespread confusion about hemp can be traced back to a well executed, but factually misleading propaganda campaign, “Reefer Madness.” Backed by media giant Randolph Hearst and Treasury Secretary Andrew Mellon (former DuPont CEO and Standard Oil tycoon), the campaign intended to demonize cannabis in preparation for a pending legislative measure banning the crop. The most disturbing aspect of the campaign was that it omitted any distinction between hemp and marijuana. Laden with racial undertones, Reefer Madness overtly mischaracterized immigrant farm workers and African Americans as deviants toking on marijuana cigarettes. Boldly-written captions exclaimed that the “killer weed from Mexico” was responsible for “wild and crazy behavior” that lead to “widespread violence” and “murderous rampages” in southern farm towns. 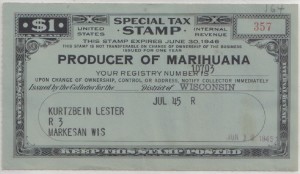 To anyone familiar with the psychoactive and mellowing effects of marijuana, or to any farmer knowledgeable about the distinction between the two varieties of cannabis, the propaganda campaign might have appeared ridiculous. However, launched on the heels of alcohol prohibition and The Great Depression, and just in time for wartime economic recovery, the campaign distracted the public long enough to allow discrete lawmakers to avoid any would-be public protest of the impending legislation. Passage of The Marijuana Tax Act of 1937, which banned use of all species of cannabis and subjected industrial hemp farmers to expensive taxes, went virtually unnoticed, except by doctors and hemp farmers, who had until then enjoyed profitable returns from such a resilient crop. According to an editorial published in a 1937 edition of the Journal of the American Medical Association, the AMA was vocally against the bill. AMA representative Dr. William C. Woodward testified before Congress that the AMA had become aware only two days before that the so called “killer weed from Mexico” was referring to cannabis, a harmless drug that had been prescribed by doctors for centuries.

Strangely, in a 1942 U.S. Government -produced film titled “Hemp for Victory,” the very substance outlawed in 1937 was lauded as the one resource that could help the U.S. win World War II.

Some hemp historians have attributed the hemp prohibition to the issues of racism, immigration and cultural inequities prevalent during the era, evidenced in Hearst’s Reefer Madness campaign. Since American jobs were scarce during the Great Depression, and a large percentage of marijuana users happened to be migrant farm workers, some theories speculate that marijuana prohibition was enacted to preserve jobs for U.S. citizens that otherwise were given to immigrants.

Other historians, such as Robert Deitch, author of Hemp: American History Revisited, have compared hemp prohibition to alcohol Prohibition. Dietch contends that Prohibition was supported by oil interests (Standard Oil and Gulf Oil), not on moral grounds, but rather in an effort to prevent farm-produced ethanol (an alcohol-based fuel) from competing with petrochemical fuels. 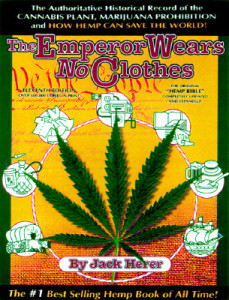 Similarly, hemp historians such as Jack Herer, author of The Emperor Wears No Clothes, place high-ranking political figures and business moguls from oil, pharmaceutical, timber and chemical companies squarely in the cross-hairs of the hemp controversy – first, for driving the prohibition of the crop in the 1930s, and since then for repeatedly lobbying Congress to block repeal of the ban. Collectively, these industries have been widely considered the largest obstacle to the hemp law reformation to date.

Historians who blame the hemp prohibition on politics and greed suggest that big industry moguls in collaboration with policy makers were motivated to eliminate competition in order to profit from new technology in petrochemicals, synthetic fuels, pharmaceuticals, timber, paper and plastics.

Whether merely coincidence or the result of a masterminded conspiracy, the fact is that hemp prohibition began at the height of the industrial revolution when: petrochemicals developed by Standard Oil were poised to replace hemp as a primary fuel source; synthetic pharmaceuticals would replace drugs made from cannabis; when DuPont patented nylon, polymers, synthetic textiles and sulfur dioxide, a toxic solvent that enables wood mulch to be made into paper; and publishing giant William Randolph Hearst owned vast timberlands that could provide low cost wood that, with DuPont’s sulfur dioxide, could replace hemp as a paper resource for his publishing empire.

At that time, the oil industry was booming with the discovery of new fossil fuel resources and invention of industrial new devices and technology to process synthetics. These events coincided with the invention of the decorticator, a high-volume machine designed to improve the rate of hemp production by automating the laborious process of separating long fibers from the cellulose herd. With that advantage, hemp had the potential to compete with the new synthetic “miracle fibers” entering the market. Hemp prohibition cleared the way for synthetics to secure a market for cording, textiles, dynamite, cellophane, composites and a host of other products conventionally made from hemp with practically no competition. 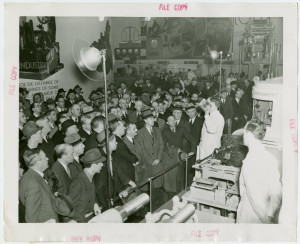 Not everyone buys into the conspiracy theories in the hemp debate. In a 2008 article titled “Debunking the Hemp Conspiracy Theory,” Steven Wishnia contends that theories about big-business conspiring to edge out competition are unsubstantiated. He noted that Hearst was one of the largest purchasers of paper in the early 1930s and didn’t need “hidden self-interest to trumpet fiendish menaces,” and that there was no financial connection between Hearst, DuPont and Standard Oil. About author and hemp activist Jack Herer he writes, “Herer more than anyone else revived the idea that the cannabis plant was useful for purposes besides getting high. Unfortunately, he’s completely wrong on this particular issue.” Unfortunately, Wishnia is wrong about that. Cannabis, hemp, is useful for at least 25,000 other purposes, according to Popular Mechanics.

Regardless of which point of view has more merit, the fact remains that the wholly sustainable, highly productive and profitable crop is illegal to grow, a fact that seems absurd when reason is applied. In 1969 the Supreme Court ruled that the Marijuana Tax Act of 1937 was unconstitutional because receipt of the required government tax stamp would automatically incriminate the grower. The ruling left the door open for Standard Oil heir, New York Governor Nelson Rockefeller to add hemp to the list of Schedule 1 Narcotics under the Controlled Substances Act of 1970. There it remained criminalized with harsh penalties for anyone caught growing it.

Despite the fact that the 2016 Omnibus Spending bill passed by Congress in January prohibits the allocation of funds toward enforcing the hemp ban in states that have decriminalized it, hemp is still not legal for farmers to grow it nationwide. In fact, until such a time as the hemp species of the cannabis plant is removed from the list of Schedule 1 narcotics, Federal law still makes no distinction between a farmer growing industrial hemp and a drug lord growing its psychoactive cousin, marijuana.