Nothing But Truth: Prohibition Is The Golden Goose of Terrorism 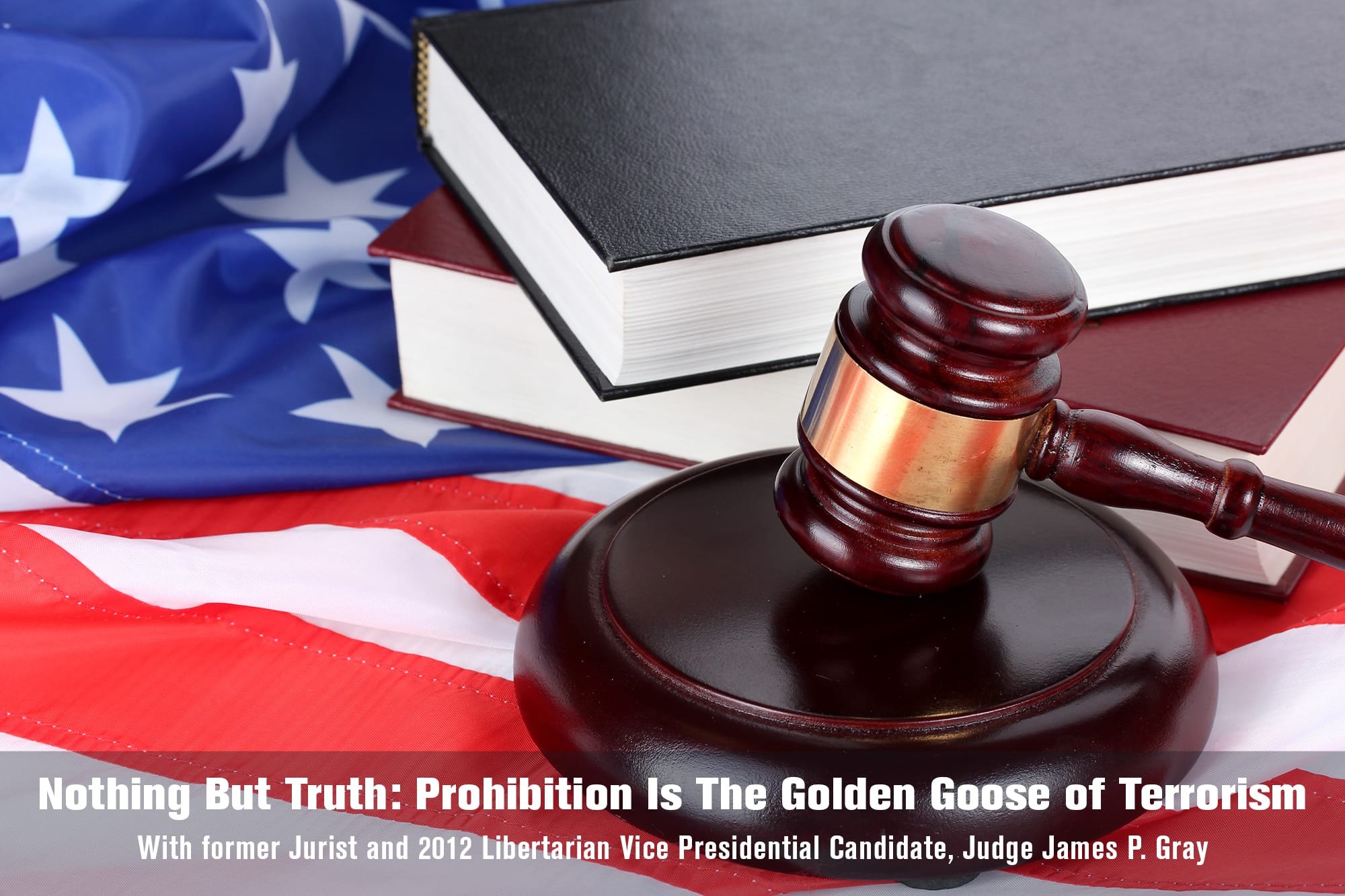 The beauty of living in a democracy like ours is having the right to shape our future by electing officials to represent us. With three branches of government that hold one another accountable, and a free press to keep them honest, we have come to trust they are, indeed, acting for our greater good. We make monumental life decisions based on information we glean from media and elected officials. Decisions they make can change the course of history, often with irreversible consequences.

Unfortunately, Congressional leaders aren’t sworn to tell the truth, the whole truth and nothing but the truth when they are sworn into public office. When they intentionally mislead the public for political or financial gain or, worse, defend unjust policy made under false pretenses, then we are stripped of our power to control our destiny.

Such is the case with marijuana policy enacted during the Nixon era based on lies perpetrated more than 80 years ago. The consequences of the War On Drugs have destroyed millions of lives. Enforcement has cost taxpayers trillions of dollars. The damage it has caused to our communities, economy, environment, justice system and national security may take generations to reverse. The trillions of dollars that have been siphoned into the illicit drug trade go directly into the pockets of dangerous cartels.

There is no one better than today’s guest, Judge James P. Gray, to attest to this. He is the first to say that the Drug War has been the largest policy disaster in American history. He calls drug prohibition the “Golden Goose of Terrorism” because it produces the golden eggs, which “fund the criminal organizations that put our communities and country in more danger than drug use alone ever has.”

Judge James P. Gray presided over the Superior Court of Orange County, California ​before retiring to enter politics. In the 2012 election, he joined Presidential candidate Gary Johnson to run for Vice President on the Libertarian ticket. He has authored numerous books including Why​ ​Our​ ​Drug​ ​Laws​ ​Have​ ​Failed And​ ​What​ ​We​ ​Can​ ​Do​ ​About​ ​It:​ ​A​ ​Judicial​ ​Indictment​ ​of​ ​the​ ​War​ ​on Drugs, which offers insights drawn from a culmination of experience in​ ​his​ long career​ ​as​ ​a​ ​federal prosecutor,​ ​defense​ ​attorney,​ trial​ ​judge and​ ​staff judge​ ​advocate/​criminal-defense​ ​attorney​ ​for​ ​the​ ​U.S.​ ​Navy​ ​J.A.G. Corps. Judge​ ​Gray​ ​is a member of Law Enforcement Action Partnership (LEAP) and a frequent speaker who mobilizes​ ​civic​ ​leaders,​ ​government​ ​officials,​ ​corporations and​​ ​media​ ​to​ ​explore​​ ​alternatives and solutions​ ​for failed drug policy. He invites listeners to contact him by email or visit his website to subscribe to his newsletter, Two Paragraphs for Liberty.

If not for the generosity of our supporters, we wouldn’t be here! We’d first like to express gratitude for our radio sponsors Hemp Meds, Healthtera and Compassionate Certification Centers. We’d also like to shout out to our producer, Ed, engineer John and the team at Star Worldwide Networks, Erik Godal, the composer of our theme “Evergreen,” Dr. Bryan Doner for the Medical Marijuana Minute and XRQK Radio Network, Society Bytes Radio and Be Real Management for helping us spread the word. We are grateful!