Marijuana Lessons for Canada: USA vs Portugal vs Netherlands 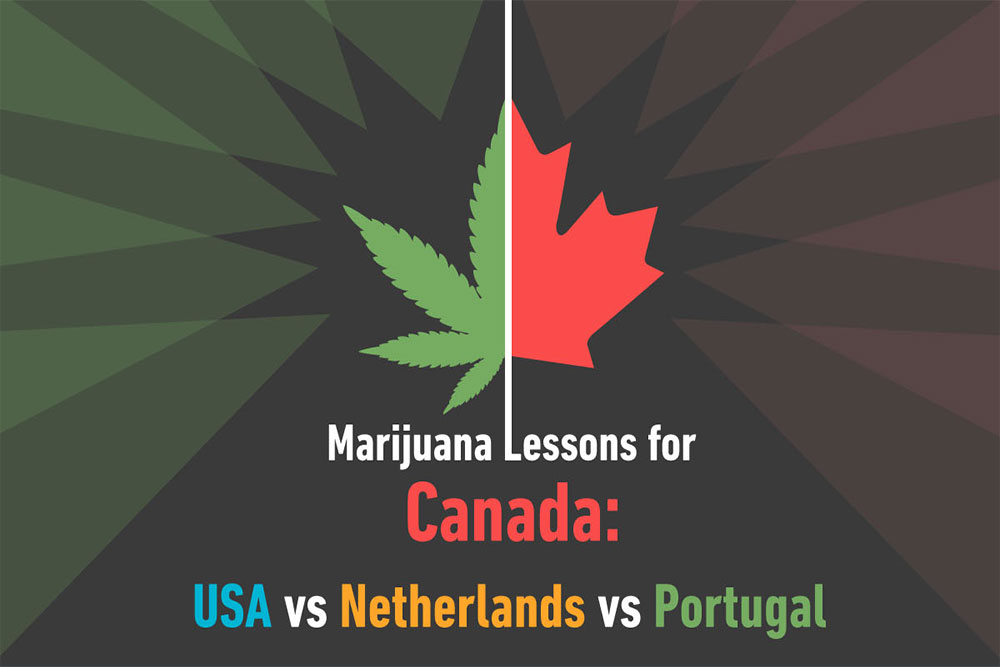 Canada’s new government has promised to legalize marijuana in 2017, but until that happens, you can still get charged for possession, producing or selling marijuana. All these activities are currently illegal and possible penalties, if convicted, range from a small fine to getting a criminal record. The case’s outcome depends on whether you have previous convictions, as well as on specific circumstances under which the incident happened: the amount of marijuana found in your possession, whether you were driving under the influence, and in addition to other case-specific factors. Repeat offenders may be subject to more serious consequences and such charges should definitely be taken seriously, as the sentences can be rigorous. Getting a good lawyer is necessary to ensure that your rights under the law are full represented.

Even if cannabis gets legalized, as expected, some activities might still present a criminal offence. Nobody expects that smoking weed freely and anywhere will be the new standard– rather, even though it will be legalized, it is likely to be highly regulated. Marijuana offences will still exist, but in a different form. Let’s see what the possible legislation changes may bring by looking at three places where this substance has been partially legalized.

This infographic was originally published at this location

Marijuana In DC: How Did The Pandemic Change The Market Scene?
July 28, 2020