Hemp producers across the country have benefited from recent changes at the federal level.

Some of the most vocal advocates have been the senators from Kentucky, Senate Majority Leader Mitch McConnell and Senator Rand Paul. In a recent joint statement they said, “Each year, the United States imports over $75 million in hemp and hemp products from other countries—in fact, we are the world’s largest consumer of hemp, with a domestic hemp market of nearly $600 million annually. If Kentucky farmers can capture a portion of that market, those dollars could potentially flow into Kentucky…In the Senate, we will continue to work to support the hemp pilot programs now underway, and to help them to flourish. We’ve worked to enact legislation that protects the importation of hemp seeds that are vital to our research pilot programs. We’re also sponsors, along with Democratic senator Ron Wyden from Oregon, of the Industrial Hemp Farming Act, which would amend federal law to allow hemp to be grown for industrial purposes beyond just research pilot programs.”

However, even as the federal government loosens its control over the cultivation of hemp, a new point of contention is emerging. In early 2016 the USDA issued new guidelines that instructed organizations that certify organic farms not to certify any domestically produced hemp as organic until the USDA releases more guidelines. 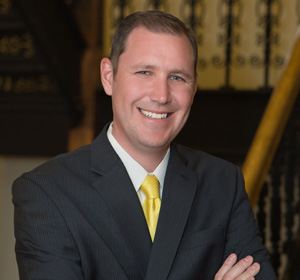 Hoban says, “Various forms of industrial hemp have legally displayed the USDA Organic Seal for years, and many hemp companies in the United States gained certification to market their hemp products with the Organic Seal. Yet, the USDA deems organic hemp certification premature. It is evident that confusion exists among the regulatory agencies regarding the distinction between marijuana and hemp and the legality of the two. However, the Farm Bill expressly permits the growing of hemp regardless of other federal laws. Consequently, the recent USDA instruction seems to be yet another regulatory impediment to the industrial hemp industry’s efforts to maximize product safety and quality, minimize consumer deception and satisfy the growing national demand for this versatile crop.”

Hoban asks, “If it is legal to grow hemp under federal law, why are we discriminating against nationally grown hemp?”

AgriScience Labs Elevates Its Compliance Expertise With Addition of Cannabis Trailblazer to Board of Directors
April 8, 2020

Columbia Care Opens in 16th U.S. Jurisdiction with Receipt of Approval to Operate in Virginia
April 8, 2020

Halo Labs Announces the Start of the Superfiltration Program in Cathedral City
April 8, 2020

Cresco Labs Welcomes Additions to Senior Leadership Team – Crisis-Proven, with the Depth and Experience to Drive Growth at Scale
April 8, 2020

Halo Labs Announces the Start of the Superfiltration Program in Cathedral City
April 7, 2020