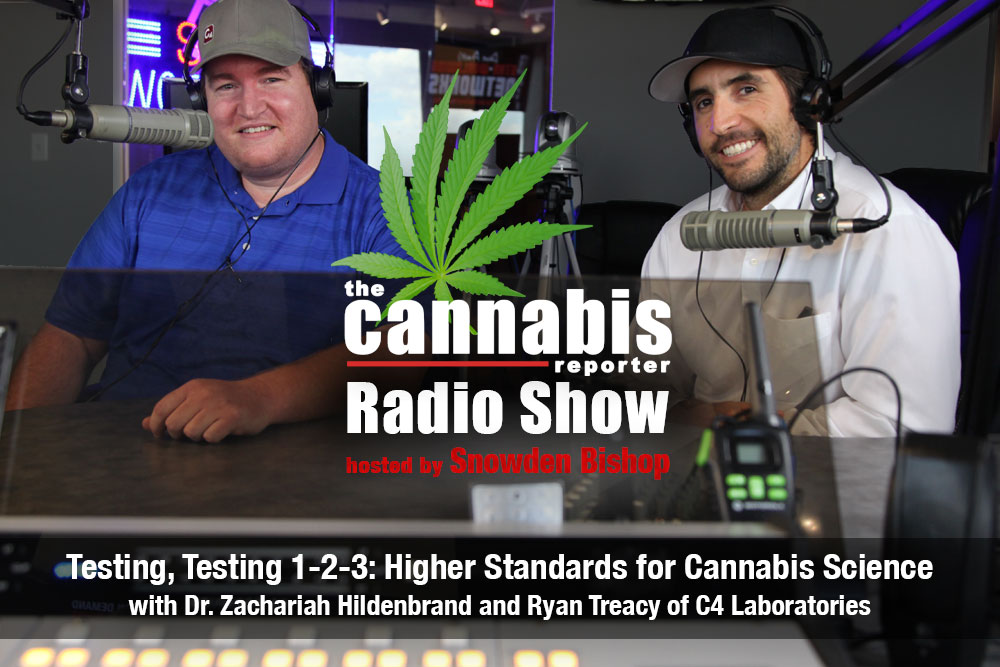 In today’s episode, we delve into the relatively new discipline of cannabis science. I say “relatively new” because for more than 80 years, the scientific and medical research has been off limits for legitimate study.

It’s no secret that prohibition didn’t stop millions of people from using marijuana for healing and relaxation. But, let’s face it, prohibition has been dangerous. Most users knew that breaking the law was a risk to their freedom. In the backs of their minds, they knew that dealing with the criminal element had potential to be unsafe. But for fans of cannabis, the benefits outweighed the risk. After all, it’s a plant that brings them comfort and pleasure. It’s not nearly as dangerous as the anti-drug propaganda says. Right?

Maybe not. Now that new state laws have opened the doors to scientific study, we’re learning that unregulated marijuana can be dangerous to your health. That makes sense when you consider that marijuana bought on the street is likely not tested for purity, toxins or other dangerous pathogens. Who in their right mind would grill their local dealers to find out where their marijuana was grown? Chances are they’re not up on the latest cannabis science.

That’s what my guests, Dr. Zachariah Hildenbrand and Ryan Treacy of C4 Laboratories, are here to discuss, right after a few cannabis news updates from our editorial director, Nate Nichols.

Special thanks to Nate Nichols for joining us with his Marijuana Minute update in this episode. We’d also like to thank our amazing producer, Windy West and, of course, Erik Godal of Castle Creek Music for our theme song, Evergreen. We are grateful!

Ryan Treacy has been in a management role and has nurtured his entrepreneurial spirit since the age of 15 years old. He entered the cannabis industry after almost 15 years of successfully managing/operating multiple restaurants across two different national chains where he developed and refined his skills in operational logistics, financial analysis, HR compliance, leadership training, vendor negotiations, lease and property acquisition. Ryan has been awarded by his previous employers and industry leaders, on several different occasions, for his financial results and execution of the highest standards in leadership. Ryan has had a faithful dedication to building honest and sincere relationships and educating young professionals to help them achieve their potential. Ryan has a great deal of passion for cannabis as medicine and for helping patients find relief through alternatives to classical pharma. He is dedicated to developing lasting and beneficial relationships with patients, dispensary owners, cultivators and caregivers alike and elevating the science behind cannabis medicine.

Dr. Zacariah L. Hildenbrand received his bachelors and Ph.D. degrees from the University of Texas at El Paso, where he also played on the men’s intercollegiate golf team. Dr. Hildenbrand’s doctoral research focused on the molecular architecture involved in hormone-dependent cancers and was awarded the best doctoral dissertation in the College of Science for the year 2010. Dr. Hildenbrand continued his training as a post-doctoral research fellow at the University of Texas Southwestern Medical Center in Dallas where he contributed to the development of a novel therapy for the treatment of chronic myeloid leukemia; a blood-borne cancer that afflicts small children. Dr. Hildenbrand has published more than 25 peer-reviewed scientific journal articles and textbook chapters, and has presented his research throughout North and South America. Now deeply committed to new cannabis science through his work at C4 Labs, Dr. Hildenbrand enjoys new research challenges that carry deep social significance and he is driven to provide solutions and find more efficient treatments for those struggling with illness.