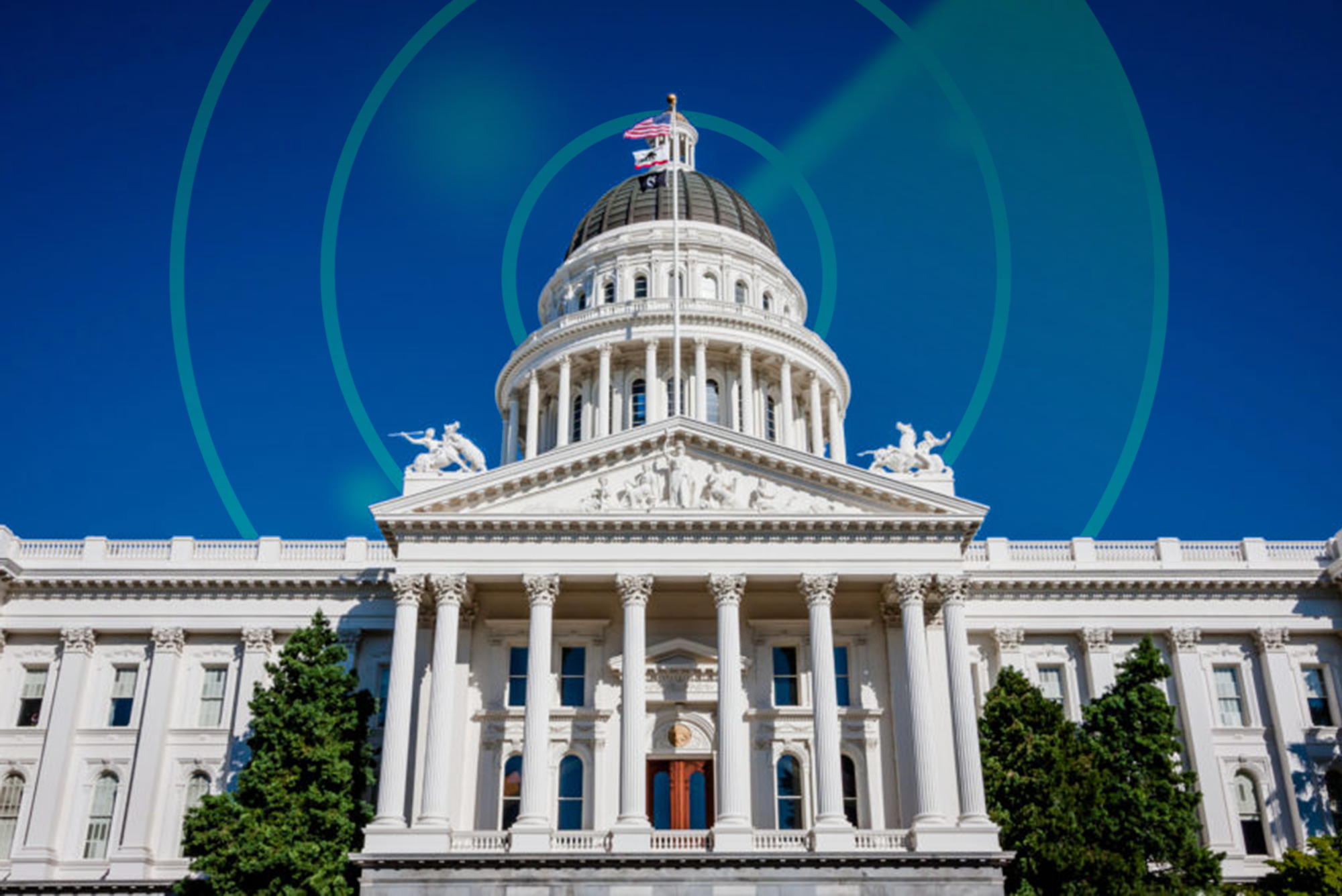 Cannabis industry stakeholders were blindsided last week when the California Department of Public Health(CDPH) began circulating a Q & A about a new ban the sale of any food or dietary supplement containing CBD anywhere in the State of California. According to the CDPH circular, the CBD ban doesn’t apply to CBD naturally occurring in edibles infused with THC, which implies the policy will primarily impact the hemp CBD market.

Considering that hemp-derived CBD products comprise a large segment of California’s thriving cannabis industry, the bombshell move could prove devastating to hemp companies already immersed in the California market. Consumers will also feel the impact, particularly those who need the healing benefits of cannabis without psychoactive effects of THC. Edibles, infused oils and beverages are preferred methods of delivery among patients who consume CBD for medical purposes.

Ironically, the news about California’s new policy broke on the heels of the overwhelming support for the long-awaited Hemp Act, which passed in the Senate last month as Section 7606 of the 2018 Agricultural Improvement Act. If enacted by Congress, the bill would remove agricultural hemp and all of its derivatives, extracts and molecular constituents from Schedule 1 Controlled Substances. Theoretically, that would include all cannabinoids extracted from hemp, although Section 7606 doesn’t specifically name “CBD” in its general definition of allowable derivatives of parts of the hemp plant excluded from Schedule 1.

That omission presents a gray area that is open for interpretation.

The reason is that DEA did specifically name CBD by assigning its numerical Drug Code (7350), reportedly to distinguish and separate the molecular constituent from the Drug Code for THC (7370) in the CSA’s definition of “Marihuana” as listed in Schedule 1. The “Final Rule,” which took the industry by surprise when it was published in the December 16th2016 Federal Registry, created new ambiguity in the law and a great deal of confusion among industry stakeholders.

At the time, there was little consensus among cannabis legal experts as to whether hemp CBD was still legal, the DEA rule had little impact on business as usual. The agency’s internal directive on the Final Rule made clear there was not intent to enforce action related to the excluded hemp products, which makes California’s assertions about the Final Rule’s importance all the more questionable.  Beyond that rule, CDPH further justified the ban citing FDA guidelines about using Controlled Substances as food adulterants based upon a recent 9th Circuit Court of Appeals determination that the DEA’s Final Rule takes precedence over the 2004 HIA vs. DEA Appellate Court ruling, which excluded seeds, stalks and stems of industrial hemp from CSA Schedules and cleared a path for the legal sale of hemp food products, including CBD oil.

In February this year, the Hemp Industries Association (HIA) filed a petition in the 9thCircuit contesting the legality of DEA’s CBD numerical classification on the grounds that the DEA disregarded the Appellate Court’s 2004 ruling. On April 30th this year, Jurists denied the HIA petitionbecause, having never objected to the DEA’s proposed Final Rule on CBD during an ordinary public commentary period, they waived their right to contest it.

It’s worth noting again that the DEA made no effort to publicize it before the Final Rule was announced. Nor did they publicize the “Clarification of the New Drug Code (7350) for Marijuana Extract,” which may explain why the CDPH failed to recognize that distinction.

Had the 9thCircuit Appellate Court been at liberty to consider its own 2004 ruling and other pertinent developments such as provisions in the 2014 Farm Bill, the Court might have ruled differently. According to the DEA’s clarification, “The new drug code (7350) established in the Final Rule does not include materials or products that are excluded from the definition of marijuana set forth in the Controlled Substances Act.” Exclusions were established by the 2004 9thCircuit ruling and, more or less, the Court’s 2018 ruling “excluded the parts of Marihuana excluded from CSA” according to the DEA clarification. In other words, the Court reversed its own ruling, which had originally legalized hemp-derived extracts, including CBD in 2004.

If this sounds confusing, you aren’t alone – ergo the ambiguity and contrasting rules that informed the CDPH’s ban on CBD. The California ban ignores the hypocrisy of banning hemp-derived CBD on the basis the FDA considers food infused with Controlled Substances to be adulterated without also banning food infused with THC and other naturally occurring cannabinoids present in the marijuana plant (including marijuana-derived CBD). In fact, all state marijuana regulation stands in violation of the federal Controlled Substances Act, although states still have Congressional authority to govern their own cannabis policies. With that in mind, it is a mystery why California would choose to allow legal use of one controlled substance over another.

The answer may lie in the fact that cannabis prohibition is more a political problem than it is one of concern for public health. There is a reason why the DEA did not publicize its intent to schedule CBD before it happened last year. If it had, the public commentary might have crashed the Federal Registry’s website and public pressure might have forced them to reconsider.

One interesting observation is that the original DEA directive did receive a total of three comments, one of which was a correction to another comment from the same person. The other was submitted by a pharmaceutical company, which was authorized by the FDA to develop cannabinoid-based synthetic drugs. The pharmaceutical submission “praised DEA’s efforts to establish a new drug code for marihuana extracts as a means to more accurately reflect the activities of scientific research and provide more consistent adherence to the requirements of the U.N. Single Convention,” the international treaty on drug policy. With its numerical Drug Code, CBD was included in both Schedules I and IV.

CBD, a harmless, non-psychoactive molecule found in chocolate, echinacea and mothers’ milk, is transforming the lives of children with epilepsy, elderly patients with Parkinson’s Disease, adults suffering with Crohn’s Disease and others with autoimmune, neurological or inflammatory disorders. That the DEA would consider legitimacy of coding CBD other “dangerous” drugs with “no known medical use and a high potential for abuse” makes zero sense unless doing so caters to special interests that have a vested interest in pulling the brakes on a harmless molecule because it threatens their bottom line. Although, that’s speculation, of course.

But, why would CDPH undermine a thriving industry by reinterpreting the intent of the voter-initiative?

It is bringing the state much needed revenue, creating jobs and economic opportunity, attracting investors and making life better for children and adults who depend upon CBD for medical reasons. More importantly, why wouldn’t CDPH first consult with industry stakeholders or at least be apprised of recent policy developments in before ripping the rug out from under its billion-dollar industry? Moreover, why wouldn’t jurists in the 9th Circuit Court refer to policy updates before undermining its own prior ruling, or consider that the CBD Drug Code had no bearing on hemp products due to hemp exclusions provided in the 2014 Farm Bill?

Robert Hoban, the attorney who litigated the HIA vs. DEA and other high-profile cannabis lawsuits, submitted a thorough letter to CDPH objecting to the CBD ban. There are so many other ardent advocates lobbying for change, but they can’t do it alone. Those of us who know and understand the importance of cannabis to our economy, our environment and human health have a moral obligation to do more than sit back and complain about the unjust, consequential policymaking that occurs under the radar. With so much chaos dominating headlines in Washington, we need to surveil agencies deciding our fate. With the barrage of special interests buying influence in policymaking, sensible cannabis policy reform isn’t getting the attention it deserves and there remain too many public figures still going out of their way to undermine reform.

This was one of the topics discussed in this week’s interview with Cannabis defense lawyer Patrick Nightingaleon The Cannabis Reporter Radio Show and in last month’s interview with attorney Tom Dean, on the Arizona Appellate Court’s rule that banned all extracts in the state of Arizona and sent a card-carrying medical patient to serve the remainder of his 3.5 year sentence on a marijuana possession charge.

If we hope for any change in the near future, it’s up to us to surveil agencies for decisions made behind closed doors and educate ourselves and each other about the most pressing barriers and rally our own community stakeholders to make sure our own representatives hear our concerns. It’s also up to each and every one of us to make sure no one stays home on election day. Find out which candidates support cannabis law reform. Volunteer to register voters in your state. Hold events to get out the vote. Go to the polls. Working together to energize advocates, we can shape the future of cannabis policy at the ballot box.

EDITORIAL UPDATE: This article was updated On July 24th to include new information that calls the CDPH ban on CBD foods and the 9th Circuit Court of Appeals’ April 30th decisions into question.