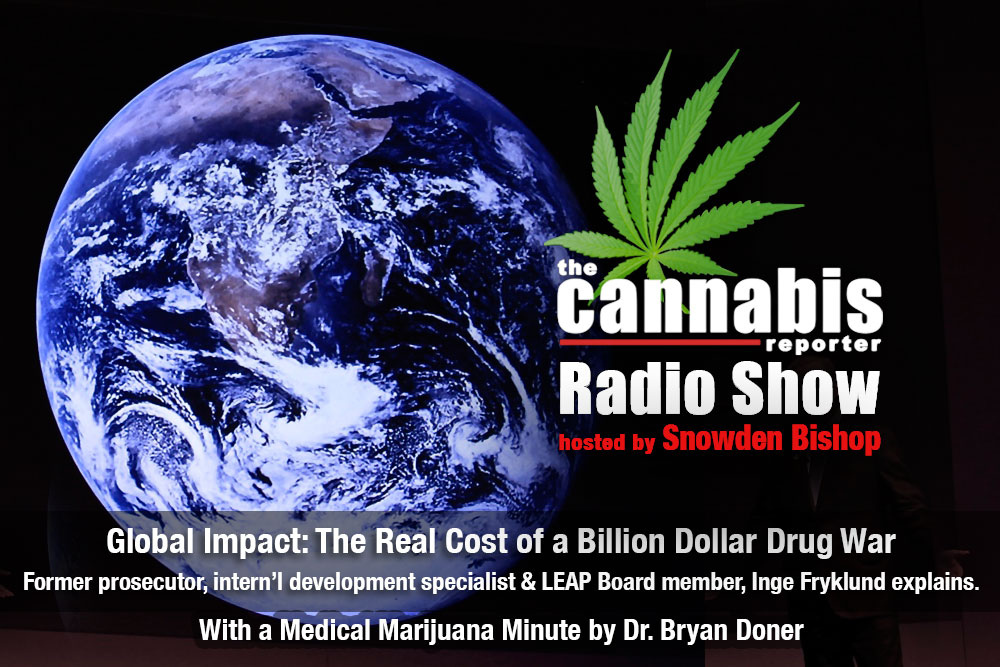 Nearly one year ago we had the pleasure of interviewing former DEA Special Agent Finn Selander who shared his perspective on the War On Drugs here in the U.S. He is among thousands of law enforcement officers to join the Law Enforcement Action Partnership, formerly known as Law Enforcement Against Prohibition or LEAP. The organization advocates for an end to prohibition as a means of solving an ongoing drug problem, addressing the disparities in our criminal justice system and diminishing the power of violent drug cartels at home and abroad.Today we cover the global impact of the drug war with LEAP Board Member Inge Fryklund.

In the U.S., the drug war has resulted in more than 7 million arrests leading to more than 2.2 million incarcerations in the U.S. alone. The racial disparity is staggering. Statistics show that Caucasians outpace minorities in drug use and addiction and, yet, minorities are four times more likely than Caucasians to be targeted and convicted. While Caucasian addicts are likely to get court ordered treatment, people of color are more likely to be sent to Jail. The drug war also impacts impoverished communities in developing nations that are subject to conflict between drug enforcement and cartels.

While illegal drug activity siphons billions of dollars out of our economy into the hands of foreign cartels, more than $3.6 Billion per year has been spent on the drug war, with more spent on international military enforcement. Is it worth it?

That’s what we ask former Chicago Prosecutor Inge Fryklund, right after another edition of the Medical Marijuana Minute with Dr. Bryan Doner.

Inge Fryklund, JD, PhD is a former Chicago prosecutor, international development professional, and member of the Board of Directors of Law Enforcement Action Partnership, formerly known as Law Enforcement Against Prohibition (LEAP). She lends a well-rounded perspective of problems caused by the drug war at home in the U.S. and abroad. As a prosecutor, she became acutely aware of the racial bias of marijuana law in Chicago, where minority prosecutions outnumber those of Caucasians 7 to 1, which is nearly double that of the national average. Having lived and worked in the war-ravaged Afghanistan, she has seen the impact of the American-driven drug war on people living there first hand.